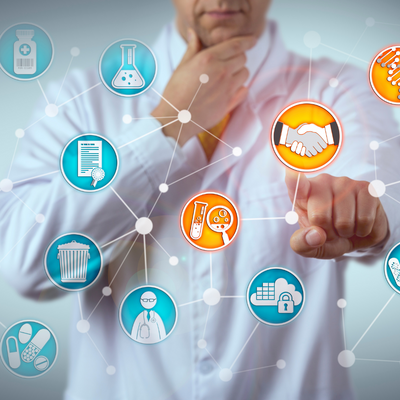 Following the discovery of the human epidermal growth factor receptor-2 protein (HER-2/neu), Herceptin was created as a genetically engineered humanized monoclonal antibody. The identification that the human epidermal growth factor receptor-2 (HER-2) protein on the surface of breast cancer cells is overexpressed in 25-30 percent of patients contributed to the synthesis of a therapeutic antibody to target HER-2.1

The loss of left cardiac ejection fraction, which leads to congestive heart failure, is a major adverse effect of trastuzumab. In the extracellular, transmembrane, and cytoplasmic regions of HER2, various single nucleotide polymorphisms (SNPs) have been discovered. However, little is known about SNPs that may impair trastuzumab binding, effectiveness, or tolerability so far. Codon 655 GTC/valine to ATC/isoleucine in the transmembrane domain of the HER2 protein (Ile655Val), which is a potentially functional SNP, is the most extensively studied SNP at the clinical level. This SNP increases protein kinase activity, according to predictions based on in silico models. Furthermore, the Val allele has been indicated to be a risk factor for trastuzumab-induced cardiotoxicity. The extracellular domain of HER2, which is attacked by trastuzumab, has a non-synonymous coding SNP called rs4252633. The practical implications of this SNP, however, remain unknown. Furthermore, trastuzumab's antitumor toxicity may be influenced by antibody-dependent cell-mediated cytotoxicity through interactions with Fc receptors (FcR) on leukocytes. SNPs in the FCGR3A and FCGR2A genes cause amino acid substitutions at positions 158 and 131, respectively, which impair antibody binding to Fc R. The current literature indicates that pharmacogenomics could play a role in the efficacy and protection of trastuzumab. However, evidence is limited, clinical effects are unknown, and further study is needed.3

Pharmacogenomics is a unique tool in the pharmaceutical industry and represents a turning point in medical history. Personalized treatment, improved effectiveness, reduced adverse drug reactions, genotype to clinical genotype correlation, the discovery of new targets for novel medications, and pharmacogenetic profiling to predict disease and drug response are the main goals. Traditionally, most treatments were intended to benefit the entire population instead of the individual patient. Pharmacogenomics aims to narrow the focus of therapy and renders treatments more successful and less harmful.4

Finding the optimal dose of warfarin can be complicated due to its narrow therapeutic range and high inter- and intra-patient variation in response. Although there are non-genetic variables that influence individual response, it is understood that differences in two particular genes are linked to warfarin response, and it has been proposed that pharmacogenomic-based dosing could help in achieving an optimal initial therapeutic dose. The first, Cytochrome P450 family 2 subfamily C member 9 (CYP2C9), is a gene that codes for an enzyme involved in warfarin metabolism. Early research identified two variants, *2 and *3, that affect the drug's half-life. Patients with the *2 variant have a 40 percent reduction in warfarin metabolism, and people with the *3 variant have a 90 percent reduction. Around 10 percent of warfarin dosing problems are caused by variant CYP2C9 genotypes. According to clinical outcomes trials, patients with the *2 or *3 variations have about double the chance of a life-threatening bleeding incident. The risk is generally four times greater within the first 90 days of treatment. Vitamin K epoxide reductase (VKORC1), which codes for the warfarin drug target, is the other gene of concern. The VKORC1 genotype accounts for 20 to 25 percent of the difference in warfarin dose requirements. Patients with group "A" haplotype polymorphisms need lower warfarin doses, and those with group "B" haplotypes need higher doses. Interestingly, unlike the CYP2C9 gene variants, VKORC1 gene variants have not been linked to the chance of bleeding.5

The motivation for identifying an individual's CYP2C9 and VKORC1 genotypes is that this information will assist the clinician in determining the original warfarin dosage, enabling the clinician to optimize the patient's INR more efficiently, decreasing the number of required office visits, and lowering the patient's risk of bleeding. The International Warfarin Pharmacogenetics Consortium recently established a warfarin dose prediction algorithm (IWPC, 2009) focused on the correlation between dose requirements and established clinical and genetic variables. The consortium discovered that using the pharmacogenetic algorithm to estimate an initial dose ended in a more precise initial dose comparable to the optimal therapeutic dose than using clinical factors alone.5

Similarly, individuals with genetic variations in the hepatic CYP450 gene family have differing metabolic capacities, which can significantly impact the pharmacokinetics profile of commonly used psychoactive drugs and individual patient responsiveness to certain antidepressants. Indeed, FDA labeling on many newer antidepressants has started to incorporate pharmacogenetic information into clinical practice. Pharmacogenetic decision support tools based on genetic variations provide a range of possible advantages, including increased tolerability, better symptom relief, and cost reductions, potentially placing them as the preferred standard of care for antidepressant pharmacotherapy.6