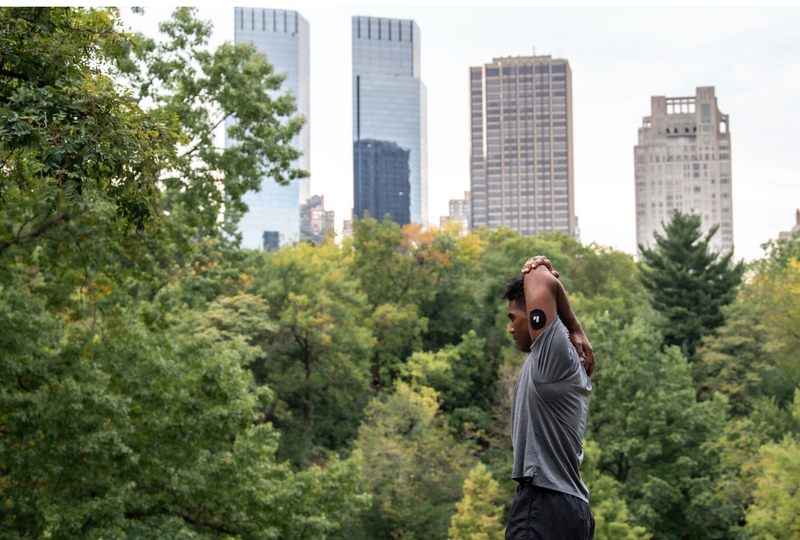 Maintaining optimal metabolic health is essential to lowering your risk for a number of serious conditions, including heart disease, diabetes, stroke, and Alzheimer’s disease–all of which are among the top 10 leading causes of death in the United States. But recognizing when your metabolic health is in jeopardy can be tricky. The most concerning symptoms, such as insulin resistance (and elevated blood sugar levels), high blood pressure, and low HDL (“good”) cholesterol levels, typically emerge after metabolic dysfunction is already underway and are often only surface on blood tests at the annual physical.

However, other signs can potentially signal poor metabolic function earlier, when you have more ability to affect the underlying cause and prevent further decline. While none of these symptoms is a sure sign of metabolic issues, being mindful of how many and how frequently they occur can help you know when to seek more information, like getting bloodwork or speaking to your doctor. Read on to learn about five surprising, subtle, and seemingly everyday hallmarks of worsening metabolic health–and the steps you can take to avoid more critical health problems later.

Metabolic dysfunction can take many forms and creep up slowly. Here are some symptoms to watch for, and ways to maintain optimal metabolic health:

We all experience sluggishness or fatigue at one point or another during the day, and common complaints like stress, boredom, or not getting enough sleep may be the reasons why we find ourselves struggling to stay awake at our computers. But those dips in energy and reduced alertness might also result from irregular glucose swings in your body.

At a basic level, glucose is one of the body’s primary energy sources, and significant fluctuations in glucose can negatively affect energy levels. This is because a blood sugar spike can lead to a sudden surge in insulin and a drop in blood sugar, known as reactive hypoglycemia. For many people, this low blood sugar is coupled with a feeling of fatigue and, often, cravings for more carbohydrates.

A small study published in the journal Appetite in 2016 demonstrated this effect in people without diabetes. Researchers recruited 82 adults, all of whom were considered healthy but whose weight ranged from normal to overweight/obese, to test their mood and energy levels after eating a high glycemic load diet (one that’s high in carbohydrates with fast, high spikes and dips in blood sugar) versus a low glycemic load diet (one with more controlled spikes and dips). After a high-spike meal, participants reported a significant drop in energy and an uptick in feelings of depression.

While the research is limited to glucose levels and overall energy in healthy people, studies of energy levels in people with metabolic impairment have found a strong connection between the condition and fatigue. For instance, people with Type 1 or Type 2 diabetes tend to experience significant rates of fatigue and low energy correlated to acute dips and spikes in glucose levels. Those dips in glucose cause fatigue and lower energy levels, research shows. A study in people with diabetes found that low glucose levels overnight (between 41 to 49 mg/dL) were correlated with lower energy, decreased well-being, and becoming fatigued faster during exercise the next day (compared to people with overnight glucose levels between 90 to 216 mg/dL.

The occasional gain and loss of a few pounds may be expected for most people, but gaining weight and not being able to lose it could be an early warning sign of poor metabolic function. And unlike other symptoms of metabolic syndrome–high blood pressure, high blood sugar, low HDL cholesterol, and high triglyceride levels–it’s the only one you can observe without a test at the doctor’s office.

Research has found that being overweight or obese is the primary reason metabolic syndrome affects 30 to 40 percent of people by age 65. And once you have metabolic syndrome, you are at a significantly increased risk for diabetes, heart disease, and other chronic health issues.

However, the research also showed that if you can get your weight down even just 5–10% (for a 140-pound person, that’s 7–14 pounds), you’ll substantially lower metabolic syndrome factors such as high waist circumference and cardiovascular disease.

But here’s the catch: Once you gain a lot of weight, it can be hard to lose even a few pounds. One of the critical characteristics of metabolic syndrome is insulin resistance, which comes with elevated levels of insulin. Insulin is an anabolic hormone, which means its role in the body is building tissue and storing energy. When insulin is high, your body can’t burn fat, which makes weight loss difficult.

The carbohydrate-insulin theory of obesity, developed by Harvard endocrinologist David Ludwig, MD, PhD, is rooted in this science. According to his model, the excessive consumption of carbohydrates raises insulin levels dramatically and produces other hormonal changes that program our bodies to store extra fat. That excess fat causes further hormonal dysregulation that triggers us to eat even more.

While it’s not technically a medical diagnosis, medical professionals and patients alike use the term “brain fog” to describe the lack of mental clarity, fuzzy thinking, and difficulty retaining information that can occur as a result of such familiar conditions as lack of sleep, depression, not enough exercise, hormonal changes (such as during pregnancy or menopause), and COVID-19.

Another potential cause of brain fog is poor metabolic health. Scientists believe brain fog can result from two metabolic-related pathways: a dysregulation of glucose and the triggering of neuroinflammation in the brain.

While our brains need glucose to function optimally–it provides the fuel that drives cellular activities–when too much of it circulates in the bloodstream, that surplus can be detrimental to cognitive function. In a 2019 study, researchers in Malaysia who examined the health and diet data of more than 1,200 adults age 60 or older found that those who consumed, on average, more than 14 teaspoons of sugar a day (including added sugar) had a risk of cognitive impairment, including delayed recall, that was more than three times greater than adults that consumed less than 6 tsp of sugar. Considering the average American adult consumes more than that amount of sugar (17 teaspoons) a day, according to the Centers for Disease Control and Prevention, this result seems especially meaningful.

Earlier studies support these findings. A 2010 study found that people with insulin resistance, a condition that can lead to chronically elevated blood sugar, performed worse on cognitive function tests that looked at memory and executive function than those who didn’t have the condition. In a 2011 study of people without diabetes who consumed a high-glucose drink, the participants with the biggest spikes in blood sugar were more likely to score lower on verbal memory tests.

Emerging data also suggests that a poorly regulated metabolism may trigger brain fog through inflammatory pathways. Research has linked metabolic syndrome with a rise in neuroinflammation, and a small but growing group of studies are connecting systemic inflammation with brain fog. For example, in a 2019 study published in the journal NeuroImage, when researchers injected 20 male subjects with a vaccine that causes low-grade inflammation in the body, they found that the inflammation specifically correlated with brain activity related to staying alert. The researchers suspect that inflammation dysregulates the locus coeruleus, the part of the brain associated with maintaining focused attention.

At the far end of this cognitive dysfunction spectrum is Alzheimer’s disease, sometimes called Type 3 diabetes because of its clear link to insulin and metabolic health.

In much the same way glucose can affect energy, research shows it can also influence mood in the short and long term.

As noted above, rapid spikes in blood sugar after high glycemic meals can lead to waves of depression or sadness. Glucose may also be connected to the “hangry” feeling you get when you’ve gone too long without a meal or snack. As time passes after your last meal or snack, glucose levels drop. If they fall far enough, your brain will go on high alert and try to raise and rebalance your blood sugar. To do this, it triggers your adrenal gland to produce a cascade of hormones, namely the stress hormones, cortisol, and adrenaline, that, in turn, trigger your liver to generate more glucose (through a process called gluconeogenesis). In the process, those “fight-or-flight” stress hormones can also make you feel more angry and combative.

Poor metabolic health can have long-lasting effects on mood as well. A recent study published in the Journal of American Psychiatry found that people with signs of insulin resistance–namely higher fasting plasma glucose levels, higher triglyceride-HDL ratios, and a bigger waist circumference–were significantly more likely to develop a depressive episode than those with lower numbers. The researchers believe that insulin resistance is one of the mechanisms behind this link because it promotes neuroinflammation, which can lower serotonin levels, a hormone that helps promote a feeling of well-being. Chronically low levels of serotonin can lead to depression.

Additionally, a meta-analysis of more than a dozen other studies has shown an association between metabolic syndrome and anxiety, although they couldn’t determine which came first. The researchers note that more studies are needed to explore this relationship.

Pimples don’t pop up only in our teen years: Many people deal with acne in adulthood for various reasons, such as stress, hormone fluctuations, certain medications, and eating unhealthy diets that regularly send glucose levels rocketing.

Studies conducted around the globe have found that people who stick to a low-glycemic diet experience less acne and have less need for acne medication. Scientists speculate that the constant glucose spikes in diets filled with high-glycemic foods (such as potatoes, rice, white bread, and sweets) can cause inflammation throughout the body. That inflammation can trigger the overproduction of sebum, the oily substance in your skin. Together, the sebum and inflammation create a perfect storm that results in unwanted acne flare-ups.

In addition, people with acne tend to have higher fasting levels of insulin whether they are lean or overweight (those who are overweight or obese are more likely to have insulin dysfunction), compared with people without acne, notes Levels advisor Ben Bikman, PhD, in his book, Why We Get Sick. He points to a study that explored the connection between insulin resistance and acne by giving young men with and without acne a glucose solution to drink. The study found that insulin levels spiked over four times higher in participants with acne compared to their peers without acne. Researchers believe this suggests a connection between acne and insulin resistance that is still being explored.

Other skin conditions, including skin tags and psoriasis, are also more common in people with insulin resistance.

What You Can Do to Improve Your Metabolic Health

If you’re experiencing one or more of the signs above that could indicate poor metabolic health, try following these strategies that have been shown to improve overall metabolic fitness.

*These statements are not meant to diagnose or treat. You should consult your healthcare provider before starting any new diet, exercise, or supplement.