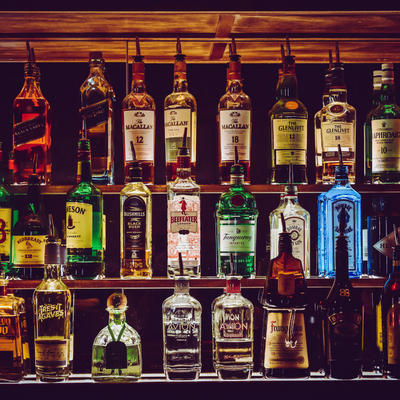 The Substance Abuse and Mental Health Services Administration (SAMHSA) (2015), reports that an estimated 1.7 million people over the age of 11, or 0.6 percent of this population, were stimulant misusers in 2015. There were an estimated 138.3 million alcohol users in the same population. Of the population of people aged 12 and older, 15.7 million had alcohol use disorder, and 426,000 had stimulant use disorder in 2015 (Park-lee et al., 2015).

According to United Nations Office on Drugs and Crime (UNDOC) (2017), drugs categorized as central nervous system stimulants increase the activity of monoamine neurotransmitters (dopamine, noradrenaline, and serotonin) in the central nervous system. These sympathomimetic agents stimulate the release of catecholamines from the presynaptic nerve terminals, particularly dopamine and norepinephrine (Jiao et al., 2009). Stimulants also enhance the functioning of the noradrenergic system resulting in an increase in heart rate and alertness (United Nations Office on Drugs and Crime, 2017).

The National Institute on Alcohol Abuse and Alcoholism (NIAAA) (2014), reports that mixing stimulants and alcohol can cause dizziness, drowsiness, impaired concentration, and increase the risk for liver damage and heart problems. Alcohol mitigates the effects of stimulant medication. More stimulant medication is needed to reach therapeutic effects when alcohol and stimulants are used concomitantly. Alcohol often dampens the stimulant's effects, which can lead to a possible overdose. Similarly, the stimulant drug reduces the effects commonly associated with alcohol consumption (American Addiction Centers, 2019).

The concomitant use of alcohol and stimulant drugs dramatically reduces the cognitive abilities of an individual. The individual's ability to control their conduct, suppress emotions, and make decisions is greatly impaired. The use of stimulants and alcohol leads to an increased risk of seizures, stroke, hypertension, and myocardial infarction. The combination also contributes to greater kidney, liver, and gastrointestinal system strain. Long-term use of alcohol and stimulant drugs compromises the immune system and increases the risk of developing various forms of cancer. Long-term neurological conditions, affecting movement, attention, and memory, can result. Chronic use of both of these drugs in conjunction can lead to a more accelerated journey to the development of a particularly complex substance use disorder (a combined alcohol use disorder and a stimulant use disorder) (American Addiction Centers, 2020; United Nations Office on Drugs and Crime, 2017).

With these drug interactions in mind, it is very important that we, as health care providers, warn patients about the dangers of mixing stimulants with alcohol. The concurrent use of stimulants and alcohol is quickly becoming an epidemic on college campuses.

Marr, J. N. (1999). The interrelationship between the use of alcohol and other drugs: Overview for drug court practitioners. Office of Justice Programs Drug Court Clearinghouse and Technical Assistance Project American University. https://www.ncjrs.gov/pdffiles1/bja/178940.pdf

*These statements are not meant to diagnose or treat. Consult your health care provider before starting a new diet, exercise, or supplement.