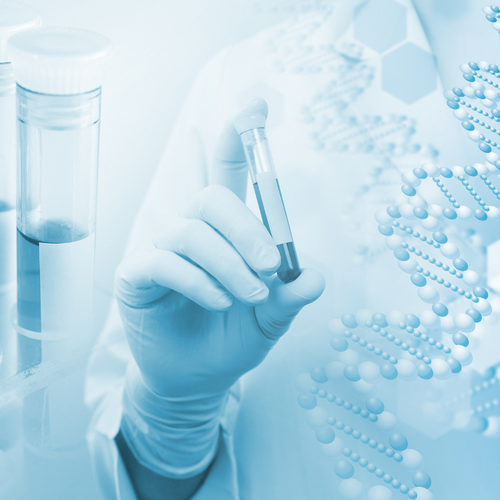 The study of the function of the genome in drug response is known as pharmacogenomics. Pharmacogenomics focuses on genetic variants that affect drug response through changes in physiologic, biochemical, and molecular effects and absorption, distribution, metabolism, and elimination of drugs. Several target genes are involved in opioid metabolism. Pharmacokinetic related target genes like cytochrome P450 2D6 (CYP2D6), cytochrome P450 3A4/A5 (CYP3A4/A5), uridine glucuronyl transferase 2B7 (UGT2B7), ATP binding cassette, subfamily B, member 1 (ABCB1), ATP binding cassette, subfamily C, member 3 (ABCC3), SLC22A1, and pharmacodynamic related target genes like opioid receptor mu 1 gene (OPRM1), catechol O-methyl transferase (COMT), potassium inwardly rectifying channel subfamily J member 6 (KCNJ6) are being studied and appear promising for potential clinical value. The enzyme COMT is responsible for the metabolism of the catecholamines dopamine, epinephrine, and norepinephrine, which is present at nerve terminals. Different haplotypes of COMT enzyme expression are linked to variability in pain sensitivity through variations in pain processing. The GTP cyclohydrolase 1 (GCH1) gene encodes the enzyme GTP cyclohydrolase (GTPCH), which is involved in the tetrahydrobiopterin (BH4) synthesis pathway. Following sensory neuron damage, the amount of BH4 is positively associated with pain sensitivity. Pain perception is related to single nucleotide polymorphisms (SNPs) in the GCH1 gene, with some mutations protecting against pain and others worsening it. Most opioid analgesics are metabolized by CYP2D6, which has been extensively studied. There are more than 80 different CYP2D6 alleles, and differences in expression influence drug metabolism and efficacy. Two wild-type alleles are found in normal metabolizers, allowing for routine enzyme activity and stable drug responses. Poor metabolizers have two nonfunctional alleles, resulting in almost no enzyme function. Some individuals are born with several copies of the functional allele and are ultrarapid metabolizers, in which gene transcription and enzyme function are both increased. Intermediate metabolizers have an allele with decreased function and enzymatic activity. CYP450 and, to a lesser degree, UDP-glucuronosyltransferases (UGT), primarily UGT2B7, metabolize oxycodone and oxymorphone. The UGTs are a kind of secondary metabolizing system that produces glucuronides. While there is genetic variation in the enzyme 2B7, the functional importance of these allele variants in vitro and in vivo is unknown. Oxycodone, like hydrocodone, is metabolized into noroxycodone and oxymorphone by the enzymes CYP3A4 and CYP2D6, respectively. The principal metabolic pathway is mediated by CYP3A4, which accounts for more than half of all oxycodone conversion. Poor metabolizers of CYP2D6 have a smaller conversion to active metabolites than extensive metabolizers, comparable to codeine and tramadol. As a result, they have a lower analgesic reaction and a lower risk for adverse effects. Furthermore, ultrarapid metabolizers have a much higher sensitivity to oxycodone doses and are more likely to experience adverse effects. Despite the fact that there are known genetic polymorphisms in substance abusers, clinicians currently measure the risk of addiction by communicating with the patient and receiving reports from others close to the patient, ignoring potentially important genetic predispositions to abuse. A healthcare provider may prevent a patient from abusing a prescription and prescribe an alternative treatment regimen based on their polymorphisms. Healthcare providers can deliver safer comprehensive health care to patients by incorporating pharmacogenomics knowledge into clinical practice.1

The following is a case report of a stable 2-year-old boy weighing 13 kg who underwent elective adenotonsillectomy after a history of snoring and sleep-study–confirmed sleep apnea. The boy received 10 mg of meperidine and 12.5 mg of dimenhydrinate intramuscularly 6 hours after the procedure. He was given home orders to take 10 to 12.5 mg of codeine and 120 mg of acetaminophen syrup orally every 4 to 6 hours as appropriate. The boy died two days after surgery. By using gas chromatography-mass spectrometry (GC-MS), codeine (0.70 mg per liter) and morphine (32 ng per milliliter) were observed in the femoral blood after the death; no other medications or metabolites were found. Functional duplication of the CYP2D6 allele, resulting in the ultrarapid-metabolizer phenotype, was discovered. In this case, the prescription and administered dosage of codeine was between 1 and 3 mg per kilogram of body weight per day, which is the recommended range. The toxic accumulation of morphine resulted from the increased conversion of codeine to morphine due to ultrarapid metabolism. At autopsy, the morphine concentration was 32 nanograms per milliliter, above therapeutic thresholds, and may have led to respiratory failure and death.2

A developmentally delayed 5-year-old died from opioid toxicity after receiving excessive doses of hydrocodone for a respiratory tract infection. Although the concentration of hydrocodone in postmortem blood was in the range associated with death, mass spectrometry failed to detect hydromorphone, a major metabolite catalyzed by CYP2D6. A genetic test showed that the child's ability to metabolize the drug through the CYP2D6 pathway (CYP2D6*2A/*41) was impaired. Clarithromycin, a potent CYP3A4 inhibitor, and valproic acid were given for ear infection and seizures. In this case, pharmacogenetic causes, drug-drug reactions, and dose-related toxicity all play a role in a child's toxicity.3

In another case, a 13-day old newborn male was discovered cyanotic and without vital signs. An anatomic cause of death could not be determined. Utilizing GC-MS, postmortem toxicologic tests showed a blood concentration of morphine of 70 ng/mL and acetaminophen of 5.9 g/mL. Morphine serum concentrations in neonates undergoing morphine for analgesia have been established to be 10 to 12 ng/mL. The mother was given codeine 30 mg and acetaminophen 500 mg in the immediate postpartum period. The mother expressed milk and preserved it in the freezer after the occurrence of poor neonatal feeding. A morphine concentration of 87 ng/mL was found in the milk. A CYP2D6*2A allele and a CYP2D6*2x2 gene duplication were compound heterozygous in the mother. The mother was an ultrarapid metabolizer because she had three functional CYP2D6 genes. This genotype has a phenotypic effect of increased opioid formation from codeine. Both the father and the infant had two functional CYP2D6 alleles (CYP2D6*1/*2). When compared to the UGT2B7*1 allele, both the mother and the child were homozygous for the UGT2B7*2 allele, linked to increased morphine-6-glucuronide (M6G), a very active morphine metabolite.4

Several studies indicate that nutrigenomics could be effective in treating and preventing a variety of cancers and chronic diseases. Determining metabolic response and gene expression affects people's health and disease risk. Epigenetic modifications may impact disease occurrence and pathogenesis. The most important epigenetic factors are DNA methylation and chromatin remodeling. Certain bioactive food compounds and nutrients play a role in cancer prevention through epigenetic changes, genetic alteration, and nutrient-gene interactions.5

Nutrition and the human genome have a complex, two-way relationship that influences gene expression and metabolic response, potentially influencing an individual's health status and disease predisposition. A person's genetic profile influences nutritional status, metabolic activity, and susceptibility to diet-related diseases. Nutrients can interact with transcription factors to control the expression of genes, up- or down-regulate protein expression, and modify the metabolic response. Nutrigenetics and nutrigenomics are two new sub-definitions derived from the complex cause-effect relationship between diet and the human genome. Nutrigenetics is thought to be concerned with how genetic variance influences a person's disease susceptibility, nutrient requirements, metabolic activity, and responsiveness to bioactive dietary components or nutritional therapies. Nutrigenomics analyzes the functional impact of nutrient or non-nutrient food components on the genome, transcriptome, proteome, and metabolome.6

Dietary fat was once thought to be mainly a source of energy and essential fatty acids. Fatty acids have significant physiological effects on energy homeostasis, lipoprotein metabolism, glucose homeostasis, and inflammation. Fatty acids are potent cellular molecules that communicate with many transcription factors in the last decade, highlighting the wide range of health effects associated with dietary fat consumption. The peroxisome proliferator-activated receptors (PPAR), sterol-regulatory element binding protein (SREBP), liver X receptor (LXR), hepatocyte nuclear factor (HNF)-4alpha, and nuclear factor-kappaB (NFB) are only a few of the lipid-sensitive transcription factors with which fatty acids may interact. These transcription factors control the expression of several genes involved in lipid and glucose metabolism and physiological responses to fasting, feeding, and inflammation.6

Dietary fat intake and lipid synthesis is one of the most well-known examples of gene-nutrient interactions. Dietary fat interventions have various impacts on plasma lipid concentrations in different people. Hypo-responders are people who don't respond to lifestyle changes and tend to be relatively resistant to them. Hyper-responders, on the other hand, are more responsive to dietary changes. As a result, cholesterol-lowering diets are not effective for all, and genetic heterogeneity accounts for much of this variation. In brief, research suggests that differences in Apolipoprotein A1 (APOA1), Apolipoprotein A4 (APOA4), Apolipoprotein B (APOB), and Apolipoprotein E (APOE) play a role in the lipid response to dietary intervention. APOE regulates cholesterol metabolism and is one of the most well-studied target genes in relation to dietary fat interventions and cardiovascular disease (CVD). Three genotypes are commonly found (APOE2, APOE3 and APOE4). The APOE3 genotype is found in the majority of people, and dietary fat alterations can help reduce blood cholesterol levels. People with the APOE4 genotype (roughly 20% of the population) have elevated cholesterol levels and are more responsive to dietary interventions. Those with the APOE2 genotype, on the other hand, may not respond to dietary fat interventions. The implication is that we might recommend the most appropriate nutritional therapy for individuals if we had sensitive genotype data.6